So, I'm back from the writing weekend - which was both productive and fun. I stayed in a cottage in the Yorkshire Dales with 6 other writers, none of whom I'd met before. I've been in contact with a few online, including Dan Purdue, for about 3 or 4 years. We've been in a closed (as in not public) writing forum for that time, reading and critiquing each other's work and having as closer to banter as you can get in a virtual world. I was, naturally, nervous about going along and meeting everyone, but it was fantastic - a challenge, yes - but rewarding, and confidence boosting in many ways.

Aside people being as normal as I hoped (yes! didn't get killed!) they were as interesting, funny and useful as they are online too. 'Useful' - couldn't think of another way to put it, but I mean it in relation to the feedback I got during the review circle. (I think it's called a review circle?) We each took a piece of work, finished or in progress, and took it in turns to read it aloud. As the person read their work out, everyone else followed on a hard copy of the work, noting bits they liked, bits they thought needed work. The writer then had to sit and receive the feedback without saying anything - just listening, until each person had given their thoughts. This is good - the writer isn't jumping in going 'Oh well I did that because...' It's useful to just listen, take in the feedback, then respond.

We also generated new work by doing some writing exercises, including a few 'creative visualisations' - a process I'm new to, but got a lot out of. The idea is that one person leads the group, asking everyone to close their eyes and relax. They then read out something a little like a guided meditation - it only lasts for a few minutes, but the idea is that you are invited to use your senses as much as possible, to imagine seeing certain things, being in a certain environment. You then have 30 minutes to just write whatever comes into your head - without worrying about how good it is - just write, just see what comes out.

I had a really interesting but fairly emotional experience with the first one - which can happen (actually happened to everyone taking part) - and I had been warned that it could go that way, so I was semi prepared. Because I was free-writing, I wasn't considering the words before I wrote them, but I knew I was writing on a theme - one of loss, of death, of losing someone. I stopped writing, pulled myself back a little. I didn't want to go too far in.

From each free-write I have several lines that work, that jump out and have a rhythm and maybe in the future a life and legs of their own to walk into, or inspire, a new piece of writing.

We ate together every night, and drank wine and chatted into the early hours. And we ventured out of the cottage just once all weekend. Here's what we saw. 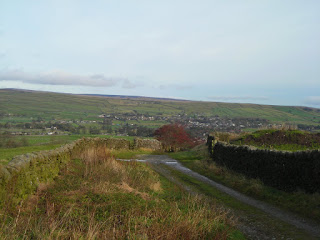 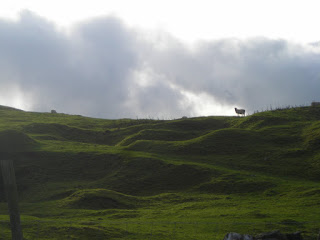 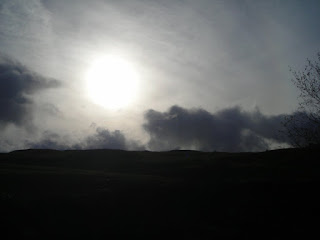 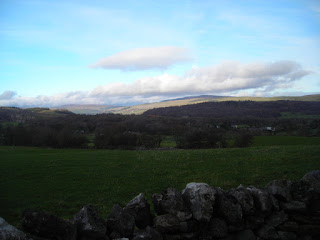 So, a successful experience that we will no doubt repeat in the future. It was so nice to be 'cut off' - no internet, no phone, no TV. Though I loved coming back to all that, of course. And I have a lot to be thankful to the internet for - I wouldn't have met those writers if I hadn't started posting my work in an online writing group.

Also, the agent who contacted me last week wouldn't have found me without this blog. Embrace the internet! (Not that much...)
Posted by Teresa Stenson at 5:46 pm

What a cool experience - enjoyed reading about it and the pictures made me very homesick but in a noce way. Sounds like it was rewarding for you in many ways. And you made it through a whole weekend with no tinternet??!!

I know! It was great, actually. Free-ing. I've more than made up for it since I got back, natch. Which part of this green and pleasant land are you from, Rachel? Glad the homesick was nice. Or 'noce'. Is that like 'noice'? The way the NZlanders say 'nice'? :)

Ha. Good perception o't'dialect. It's amazing how it changes so much in such little distance. My boyf's family are mostly from Barnsley - completely unique.