How do you follow such a political hard-hitting blog post as my last one? Ce n'est pas possible.

Instead of even attempting to write a post of my own tonight, I'd like instead to direct you to Jessica Patient's recent post on creativity and imagination - based on notes Jessica took as she listened to the artist Grayson Perry interviewed on Radio 4. It's very useful, and will maybe strike a chord or two in you - take a look.

I love the fact that Perry has a concrete beam in his studio, engraved with 'Creativity is mistakes'. The freedom you can give yourself by believing that must be awesome. I want to get there.

more than a LITTLE off topic

following on from the comments box in my previous post...

I need you need to participate physically in a small and useless experiment.

You know how Elvis lifts up one side of his lip in a 'uh huh huh' kinda way?

If yes - which side, left or right?

And - can you do it both sides, ambidextrous-stylee?

Or ignore and do something useful like write a story.
Posted by Teresa Stenson at 6:44 pm 13 comments:

Here's the round up I promised of places you could send stories to this month.

HISSAC Open Short Story Competition
Up to 2500 words
£400 first prize
£5 entry
Closes 31st July
(I like this, from the website: "All stories on any theme are welcome, the more interesting and unusual the better")

Sean O' Faolain Story Competition
Up to 3000 words
First prize 1500 euros
15 euros entry fee
Closes 31st July
(This one is being solely judged by Tania Hershman, and she has, very generously, posted a blog about what she looks for when reading short stories, and another on judging competitions.)

I'd like to enter all these competitions but realistically might just manage one or two. Good luck if you go for any of them.


Other news - I woke up at 4am this morning with a twitch on the left side (my left) of my upper lip. You know one of those involuntary twitches that you usually get in your eye? My lip's doing that. It still is, sporadically, 12 hours later. It's quite subtle but if you look closely I look like I'm trying to snarl. That's all.
Posted by Teresa Stenson at 3:53 pm 9 comments:

It's a little off topic, but I do enjoy this photo 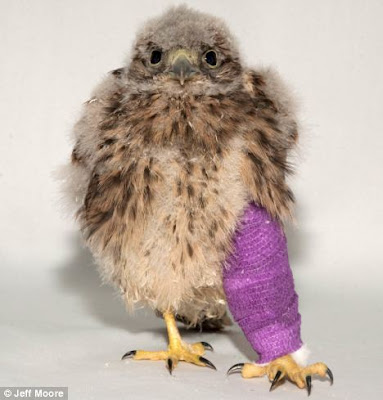 Yep, did a total U-turn with the Quotes from my teenage diary blog. I've taken it down for a mixture of reasons, none too dramatic.

I got cold feet basically, thought about what I wanted from it, suddenly felt unsure. It's not that the content was too personal, not really, but it's an odd thing to look back and share in such a way. Especially because certain things in my life now are so different to my life back then. It may get resurrected, I just thought whilever (not a word, but I like it) I'm having second thoughts I'd take it down.


Having a nice couple of days, reading and relaxing. Some writing, but I'm definitely going through a thinking/gestating period after the very business like end to June with all the editing and subbing. I can feel myself gearing up again, certain project ideas forming, taking shape.


I just sang to a bottle of wine. I reached into the fridge and sang as I took a bottle of wine out, my first drink in a while (well, 3 days) which I was looking forward to, using as a reward - 'Finish this, this, this and this - then have a glass of wine...' and when our eyes met I heard myself sing out loud:
Hello, is it me you're looking for? oh dear. oh dear. oh dear.
Posted by Teresa Stenson at 7:35 pm 2 comments:

The Ash gig was ace. Energetic and awesome. Better cos I found a bench to stand on - otherwise I would have seen nowt. Seeing what's going on on stage is often a problem for me, being just 5 feet tall. Depends on the venue. I think, if I ever own a venue, I'll ensure the audience arrange themselves in height order. Like a school assembly.

After checking the Frome Festival website periodically to see if they've contacted/announced the winners of their short story competition I've learnt today that they have actually contacted the winners. So that's one less website to obsessively look at. No I need to find a new place to send that rejected story. I'll do a post soon with a round up of interesting places that are accepting fiction.

Really pleased that my pals who made the new Brit flick Crimefighters are doing well - the film premiered at Edinburgh last week and has had reviews and mentions in such places like Time Out and Empire Magazine online. Miles Watts, the director, wrote a guest post for me a little while ago. He also makes the ace cult (oh, and popular) web series Zomblogalypse with Crimefighters editor Tony Hipwell. We all worked at the same place until Miles left about a month ago. It's just very heartening to see your creative friends getting there. I'm tres proud.

* addition: my 'Quotes from' blog is having a temporary rest - I'm not 100% sure if and how I want to share my diary stuff, I guess that word 'exposed' is accurate... I need a little think on this one.
Posted by Teresa Stenson at 7:23 pm 2 comments:

nostalgia and a new thing 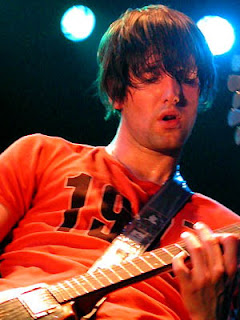 I'm getting ready to go and see Ash tonight. Ash were my *favourites* when I was a teenager. I loved Tim Wheeler. I loved their music. I went to see them when I was 15, and it was a Big Deal, that whole gig. I ended up "meeting" one or 2 members, and that just fuelled my adoration for another 3 years or so.

I kinda dropped off following them so much when I got into my 20s, but their music means a lot. The music of your teenage years does, right? When I heard they were playing right here where I live now, I had to get tickets.

So tonight I can't help but think back to me at 15, back in 1996, getting myself ready to go see Ash. I actually feng-shui-ed my room before I went, using an article in Just 17 as my direction. After the gig, after "meeting" the band, I wrote to Just 17 and told them about my pre-gig Feng Shui, certain it was down to the red ribbon I tied on my door that brought me the good fortune. Just 17 published that letter : my first piece of published writing.

And I've just read over other dates around 19th May 1996 and found myself, as I usally do, in a mix of laughter and embarassment and sadness and elation at the stuff I wrote in my diaries.

I've toyed with this idea for a while but actually have started it tonight. It seems fitting. I now have another blog, Quotes from my teenage diary, which I'll use as a place to house stuff from my teenage diaries. It's all quite new, it's all a bit hazy, but it's begun, and if you'd like to pop over and follow, I'd love to see you there.


Now, here's the song that made me fall:

Posted by Teresa Stenson at 7:27 pm No comments:

darn it! Bug it

In all my ultra-organised writing and sending work out phase, I forgot to blog about Bugged - a tres interesting writing project devised by Jo Bell and David Calcutt.

Then write something inspired by that little nuggety gem, and send it to the Bugged project by August 15th.

So plenty of time to create something, but just today to find your inspiration.

Though, if you send it before August 15th the best work will be published on the Bugged blog.

The very best pieces of writing will be published in an anthology. Aces.


Don't get punched. Be discreet. Try not to react if you hear something juicy. Just snigger inwardly and jot it all down. Change names. Don't get anyone in trouble. Unless you think they should be in trouble. I'll stop now.