The lovely people at Magic Oxygen have made a gallery of all their shortlisted writers' faces. See that photo of me there on the right, with the rather red lips? Well they've gone kind of BLACK in the version in the gallery. I used to wear black lipstick - or was it dark blue - when I was fifteen and a 'Sweaty' - that meant I listened to Nirvana instead of dance music. The gallery also has info about the other 19 writers I'm shortlisted with, and it's nice to be amongst such a fine bunch. Have a look here.

I entered Bare Fiction's Flash Prize a few months ago, didn't get on the shortlist and had already enjoyed marking an X next to it in my submission diary (photo of that in last post). But I had an email yesterday to say I did make it onto the longlist of 30 out of 461. One of those 'close but no cigar' moments, which bring a mix of feelings. Ultimately good ones, though.

On my days off I've been enjoying a bit of time with my teenage diaries - here we are together. 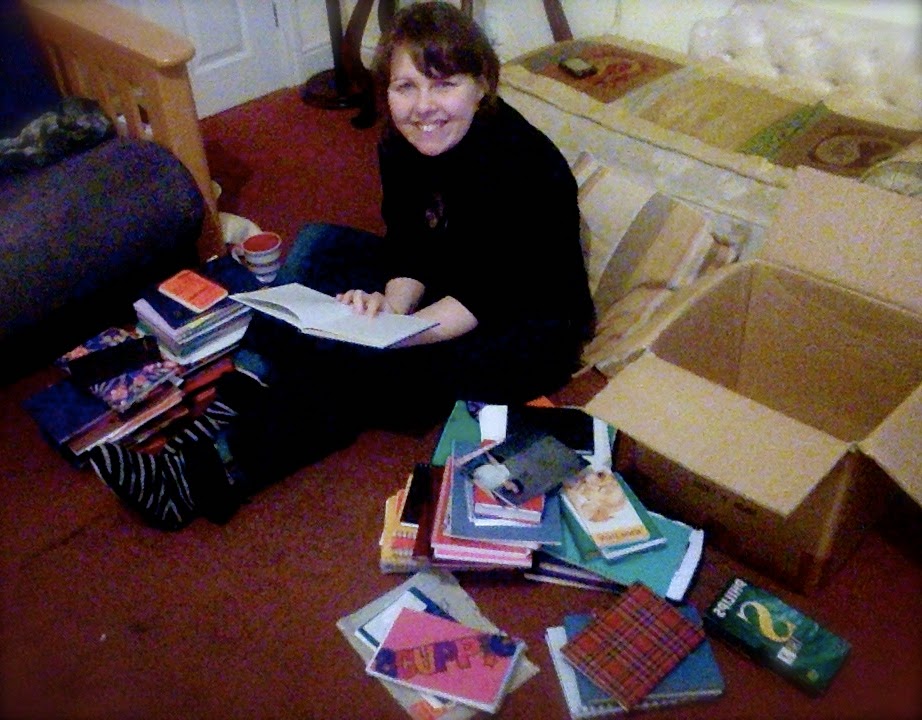 For ages I've been meaning to get them into some kind of chronological order, so now each one (there are over 70) has a small white sticker on the front saying when the diary started and ended. I rediscovered some stories I wrote back then too -  horrible stories - mostly about love. Two characters, Megan and Jake, plague nearly everything with their smug creative relationship. Jake is always playing the piano and Megan is always off somewhere writing poetry.

Although I'm a writer and my other half is a musician I absolutely do not accept that I have somehow forced a life path identical to the way I thought it would be when I was 14. No. No. No.

New Year's Eve, daytime. I say to Mario:
"This is the first year since I started sending writing out that I haven't had anything published or shortlisted. But that's ok. I mean, it's how it works. Ups and downs. Ebbs and flows."

CUT TO: New Year's Day, morning. I open my emails, this from Magic Oxygen Literary Prize:
"Dear Teresa, Your story 'Waking', has made it through to our shortlist of ten..."

Goes without saying I'm mega happy about this. A great end to one year and a boost of a start to the new one. It's a story that started out as a flash a few years ago, then took on a new life and more words and various edits, has been sent to quite a few publications / prizes and got nowhere...

EVIDENCE:
Here is a photo of my Rejection Section 2014 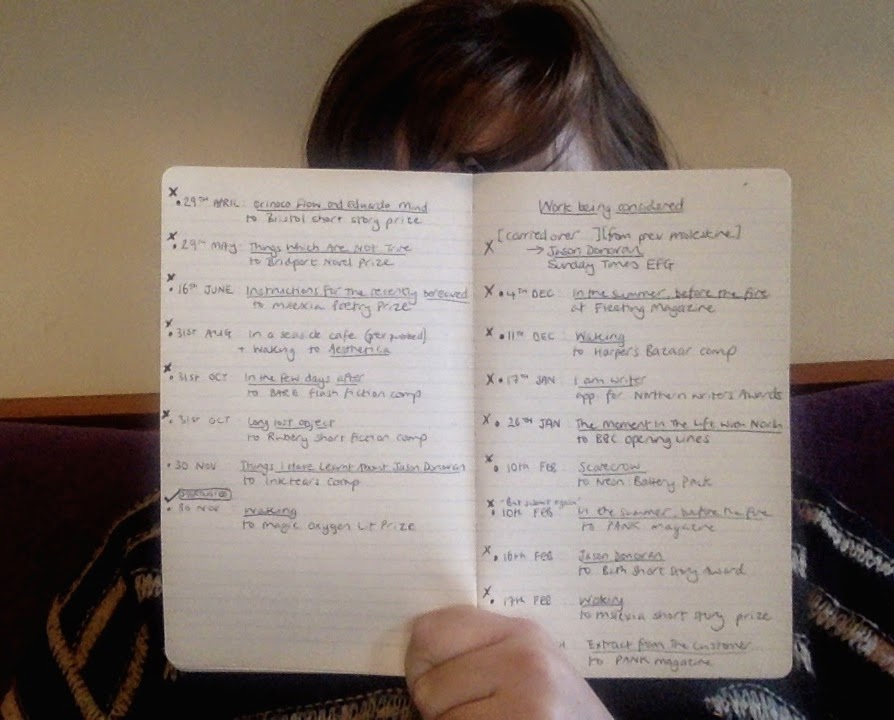 It's a bit blurred but I can tell you the word 'Waking' appears 4 times, so that's how many times it went out last year.

Note all those crosses. When I hear (or don't hear) a piece of work hasn't made it, I have to say I enjoy making those little crosses, they're cathartic. It's like the end of hope and the start of hope all at once.

So, fourth time lucky (probably double that if I checked how many times I subbed it in previous years). That thing has happened where a particular reader / judge has read it, and it's risen to the top of a big pile (800 entries). It might even now win a prize. I won't know if it has until mid-February, but it will be published in an anthology, and just being in the last ten is a wonderful feeling. I will, of course, keep you posted.


I have also deactivated Facebook ('What, all of it?!' a friend quipped when I announced this to him a few days ago.) No, just my account, as I have done before, when the fug of Facebook gets too much and I need a good soul clean. I am a fan of Facebook, I love and appreciate many of the people I talk to on there but I am also a bugger for getting lost in it and that can make me feel a bit lost from myself.


No big end of year post, but I will say 2014 was the happiest year I've had in a while, maybe because I got a fringe cut in my hair ('bangs' in some parts of the world). Myself and my fringe wish you nowt but good stuff for the year ahead. 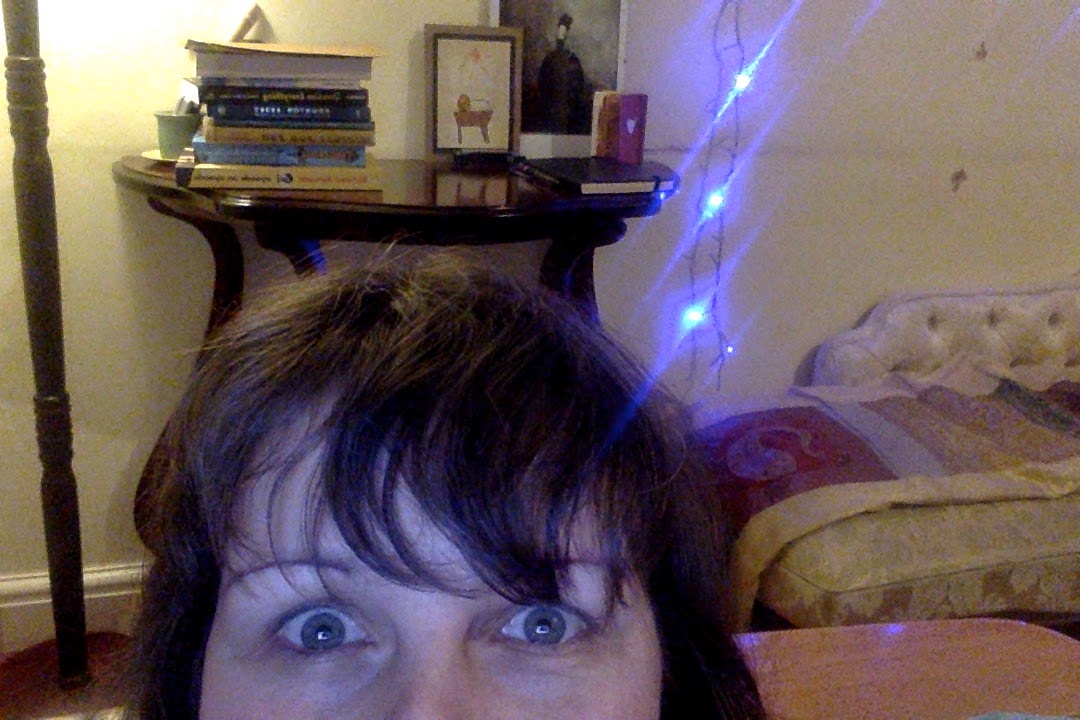